Madison, WI – May, 1970. Protesters against the war in Vietnam at the Capitol, led by Veterans for Peace in Vietnam. On May 1, 1970, there was a general student strike in response to the news that the U.S. had expanded bombing into Cambodia. There was a march against the war, led by Veterans for Peace in Vietnam; and after the May 4 shootings at Kent State University in Ohio, there were more protests at UW Madison, which led to the police being called in, and teargassing demonstrators in the streets and on campus. A spokesman for the Wisconsin Welfare Rights Organization wanted to divert military funds to social welfare. 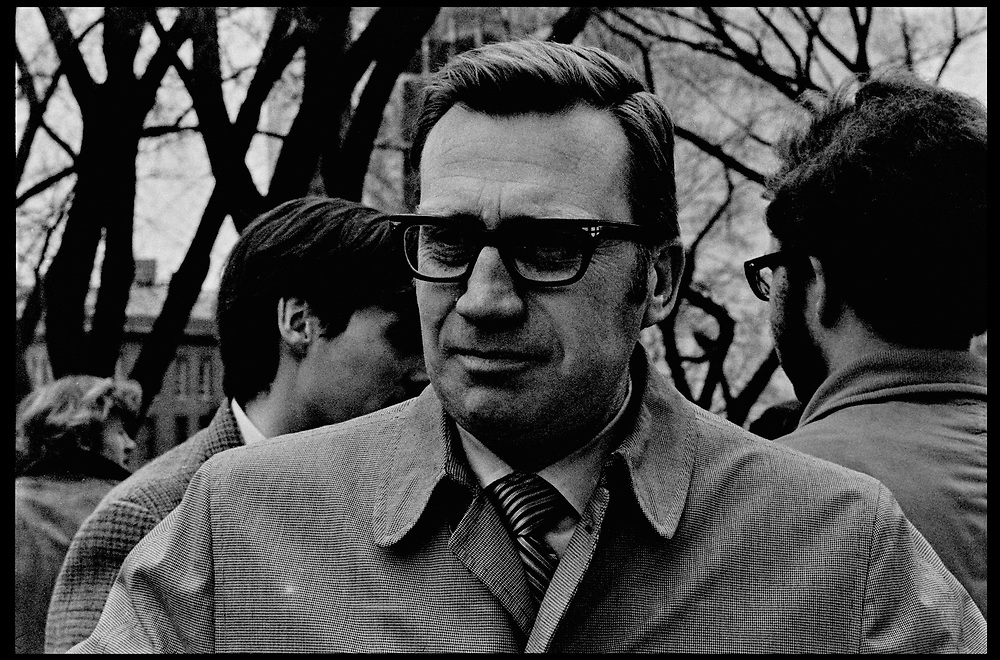